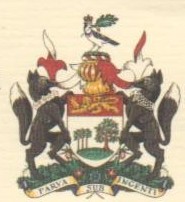 Thank you for your correspondence in which you outline the Upton Farm Preservation Network’s desire for our new government to address the issue of the future of the Upton Farm property. I want to reiterate our government’s commitment to preserving Upton Farmlands as Green Space.

As part of this commitment, we will look to establish a committee with representatives from all three levels of government and the Upton Farm Preservation Network with the goal of preserving the Upton Farm Lands for future generations..

I have written the Canada Lands Corporation and the City of Charlottetown seeking their agreement to a moratorium on any development and their active participation in setting up the above noted committee process.

Please be assured that the Upton Farm Preservation Network will be involved in this process as it unfolds.

Premier Robert Ghiz gave his personal assurance in August that his government is committed to saving Upton Farm as Green Space. Why does the Canada Lands Company continue its quest to put a housing development that is clearly neither needed nor wanted by the community on this property when the province is clearly committed to keeping this land green and city of Charlottetown has asked the CLC to rescind its request to develop this property? One of CLC’s mandates is to “produce the best possible benefit for…local communities…” from the lands it manages for the Government of Canada. When will it live up to this mandate for the province of PEI?

If you wish to donate to Upton Farm Trust Inc. you can now do so via the PayPal Giving Fund.

An official receipt will be sent to your email address  from PayPal Giving Fund Canada.

You can let us know of your donation by emailing to uptonfarm@gmail.com